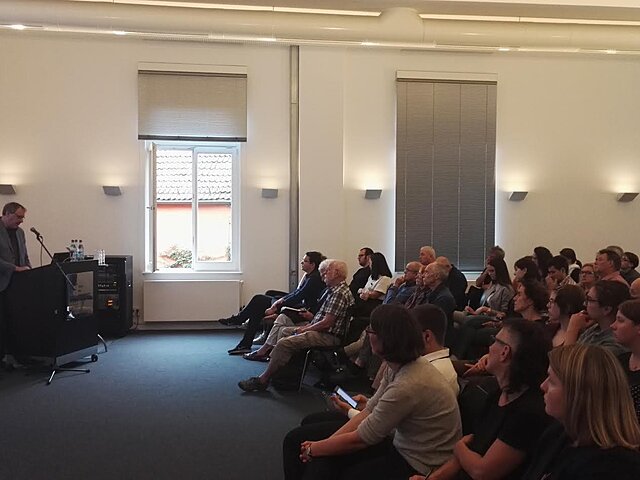 Presentation of the platform in Bremen

On August 21, 2019, at the Bremen House of Science, we had the opportunity to present the online platform TerraOblita.com, created within the framework of the educational project "Memory – Wiki - In the footsteps of the memory of the “forgotten” victims of National Socialism in the countries of the former Soviet Union and Germany". In particular, we talked about the main objectives of the online platform, the principles of its operation and how to propose a text for publication. Students from Rostov and Dnipro also talked about some memorable places in their cities. The report of the invited historian Dr. Jens Binner, Head of the Communication and Events Department of  the Lower Saxony Memorials Foundation, on the forced labour of Soviet citizens who were deported to Germany in 1941-1945, was received with great interest. The event was held in two languages (German and Russian) has been very well received.

The project was carried out by the association "KONTAKTE-KOHTAKTbI" with the support of the foundations “Erinnerung Lindau” and “Erinnerung, Verantwortung, Zukunft”, as well as the Federal Foreign Office of Germany.  German, Ukrainian and Russian students worked on the idea and content of the site.